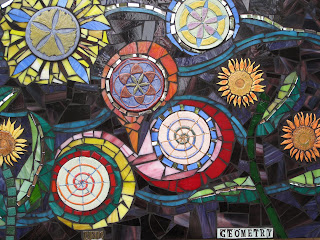 Posted by Gail Scuderi at 6:32 PM No comments: 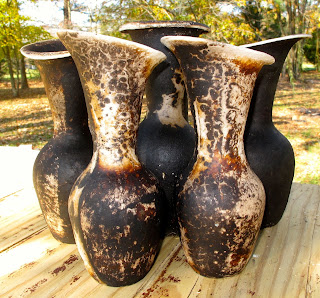 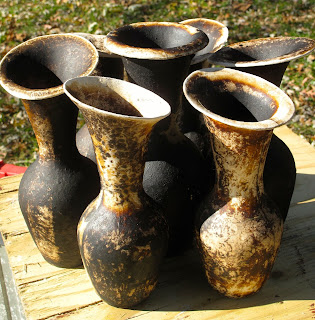 It has been a great year with many new projects and ongoing work. I am posting several new pieces from my series "Nature and geometry"These hand -built  vases are titled "Dark Lillies'" They were fired in a little known Eastern European firing technique called Obvara. The vases were fired to 9oo degrees and then pulled out of the kiln and plunged into a mixture of flour, water, yeast and a little sugar. The mixture is fermented for a few days. The resulting surface is dense and varied. I plan to explore this technique further in 2013.
Posted by Gail Scuderi at 6:10 PM No comments: